The Best Places To Live In The UK 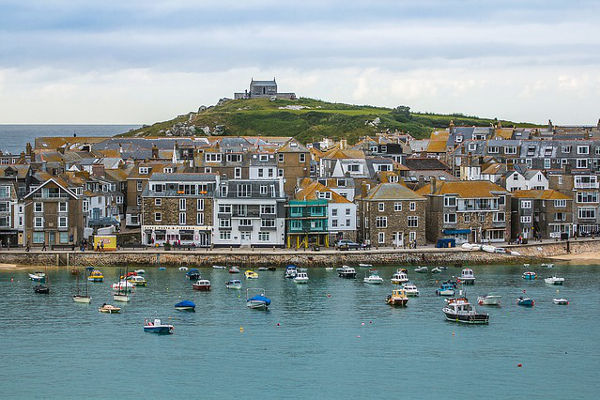 When it comes to the best places to live in the UK, there are a whole load of factors that go into choosing the top destinations.

From good schools to a good employment rate to a strong local economy, it’s no mean feat to try and pick the best places to live, especially seeing as it is such an important part of one’s life.

However, we’ve managed to narrow the best places to live in the UK down to a strong five, and have included a wide range of places and factors in our decisions.

Be it the good schools we mentioned, or the wonderful scenery in the areas, we’ve got something for everyone in this list, so sit back and take it all in.

After this, you won’t know where to choose to settle down seeing as they are all so wonderful! 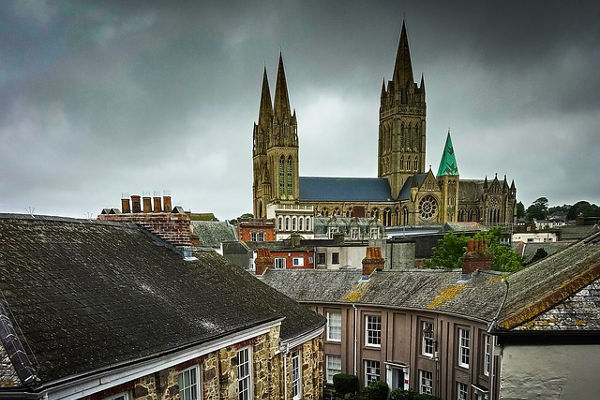 While Cornwall may not have the best transport connections with the rest of the country and is absolutely miles away from most major cities and good universities, it is still one of the best places to live in the UK for its beautiful vistas and fantastic tourism industry.

In the summer months when the weather is just right, Truro is a beautiful place to live. The beaches are perfect for surfing and sunbathing, and the rivers and hills are great for walking.

If you have a young family or dogs, this city is certainly one of the best places to live in the UK for all it can provide for you.

Truro is also a treasure trove of small businesses and independent food and coffee shops, which makes for a strong local bond and community.

Everything there seems to be completely authentic, and you can grasp that completely as soon as you visit.

Moreover, Truro and Penwith College is rated outstanding by Ofsted and offers some of the best sixth form courses in the country, so this place is still great if you have older children looking to get into higher education.

If you think about it, Truro must have something special, or so many tourists wouldn’t flock there every year, renting out cottages by the sea. Living there is a dream. 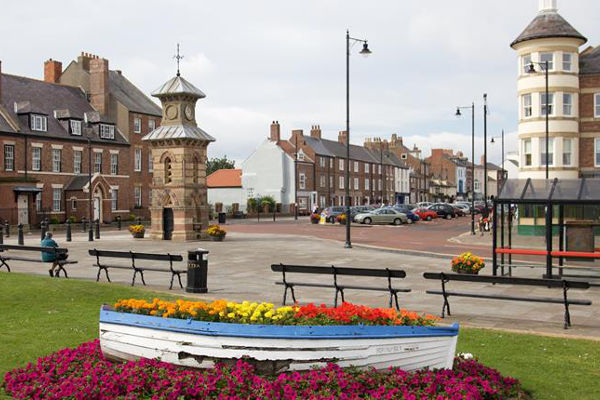 People often fail to think of the north east when it comes to the best places to live in the UK. However, Tynemouth is one of the UK’s hidden gems, so you should really consider it if you’re looking for somewhere beautiful to live.

Tynemouth is actually home to some of the UK’s best beaches, though they are rarely publicised, meaning that it is far less touristy than Cornwall.

But make no mistake: Tynemouth is no sleepy seaside town.

While it went through a period of degeneration, work has been done to this area and its coffee shops, fish and chips shops and quaint, sweeping scenery make it a very special place to live.

Just like with Truro, if you have dogs, this is a perfect place to settle down as the possibilities for walks are simply endless as the beaches stretch for miles and miles.

Even families will find Tynemouth a brilliant place to settle as it isn’t too far from Newcastle upon Tyne and still has a number of good schools for young people in the area. 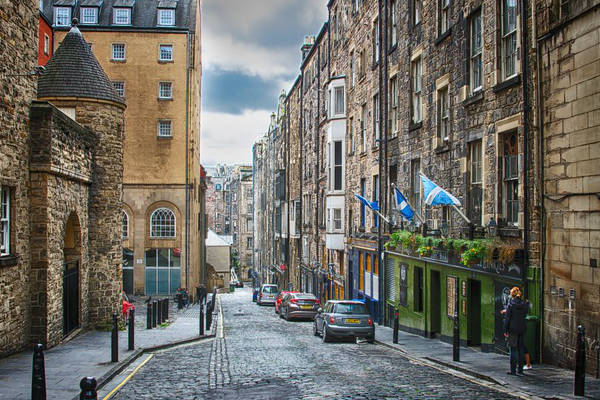 Everyone has a soft spot for Edinburgh in their heart, so living there is a natural step if you want to have somewhere you love as your somewhere to live.

The thing about Edinburgh that is so attractive has to be its culture. From its Christmas markets to the Fringe Festival in the summer, there is a lot going on in this city, and that’s often what people are looking for when choosing the best places to live in the UK.

In terms of its economy, Edinburgh is pretty strong indeed. 76.6% of economically active people in the city were employed in 2017-18, which is well above the national average and even above the figures for Scotland as a whole.

Thus, the prosperity of Edinburgh as a city is definitely something to take note of, and we’d recommend looking at this in more detail if you’re seriously considering living there.

As well as this, there’s the University of Edinburgh located in the city, which is one of the best in the whole of the UK.

For those who are looking at going to university, this is an excellent choice, and the city makes a lovely place to spend your undergraduate (or postgraduate) years.

Moreover, Edinburgh has a wide variety of things to do. From Edinburgh Castle to Arthur’s Seat – a wonderful hiking destination – to heading to the Old Town, there’s something very special about Edinburgh.

There’s a charm in its medieval structures which makes you feel as though you’re always in the presence of greatness.

And, if you fancy leaving for a while, it has great connections with the rest of the UK, including a direct train to King’s Cross London, which is a rarity the further north you go in the UK.

Surely all of this, above all else, makes Edinburgh one of the best places to live in the UK? 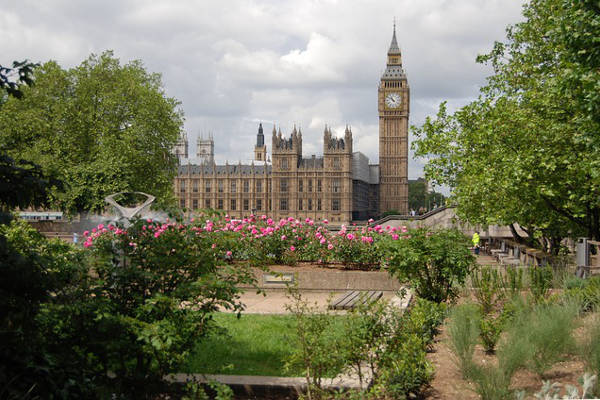 We couldn’t make a list of the best places to live in the UK without including England’s capital city. London is the epicentre of business, politics and the economy, and so living there means there is absolutely always something going on.

Westminster, a prominent city and London borough, has been named this year as one of the top 50 places to live in the UK.

This is inevitably due to its connections to the capital city and multitude of job opportunities which are simply just not available anywhere else in the UK.

Being based in Westminster opens up a whole lot of doors, so if that’s what you are looking for in a place to live, there really isn’t a better place to choose than Westminster.

In terms of everything else you can do in Westminster, there is plenty.

The city occupies most of Greater London and the West End, meaning pretty much every tourist attraction you can think of in London belongs to Westminster. Be it Big Ben, the London Eye or the Houses of Parliament, Westminster has some pretty impressive things going on, and you’d be living right in the centre of it all.

To some, this is one of the most exciting things they can think of, and if this is the same for you, then you’re certainly in luck.

While Westminster is an incredibly expensive place to live, meaning it’s not for everyone, if you have the money, you can buy yourself (or rent yourself) a lovely apartment.

As well as this, there are a lot of fantastic schools in the area, though a lot of them are fee-paying, which is something you may need to consider if you’re planning on living in the area with your children. 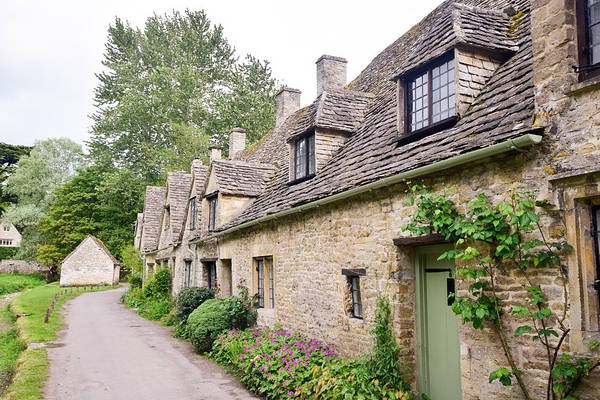 The Cotswolds is an Area of Outstanding Natural Beauty and is the largest of these out of both England and Wales.

With its stunning emerald canvas of hills and fields and its sweeping crystal lakes, the Cotswolds is truly an idyllic and picturesque place to live.

Wherever in the Cotswolds you decide to live, you will be tucked away from the rest of the world in a way that is incredibly satisfying, left to live within nature all year round. This doesn’t mean you are alone at all, though.

Instead, it means that you’re in the same position as everyone else who’s living there with you.

Thus, community spirit in the Cotswolds is high and you’re likely to make a lot of close friends in any of the villages you choose to live in. It is for this reason – among others – that we have chosen to put the Cotswolds on our list of the best places to live in the UK.

In terms of its connection to the rest of the country, you would think that the Cotswolds is severely lacking in this area.

However, this is just not the case. Transport links are generally speaking very efficient, and from most areas in the Cotswolds you can get to other nearby regional areas quite quickly.

And, in some areas of the Cotswolds, it is possible for you to commute daily to London if necessary. So, there’s a lot going on there, and a lot of possibilities available.

Schools in the Cotswolds are also of a high standard, so you are not putting your children at any disadvantage by moving somewhere so rural and remote.

A life in the Cotswolds is one of peace and tranquillity (with a lot of good walking involved too), so we simply had to put it on our list of the best places to live in the UK.

Wherever you’re living, we hope it’s a very happy place!